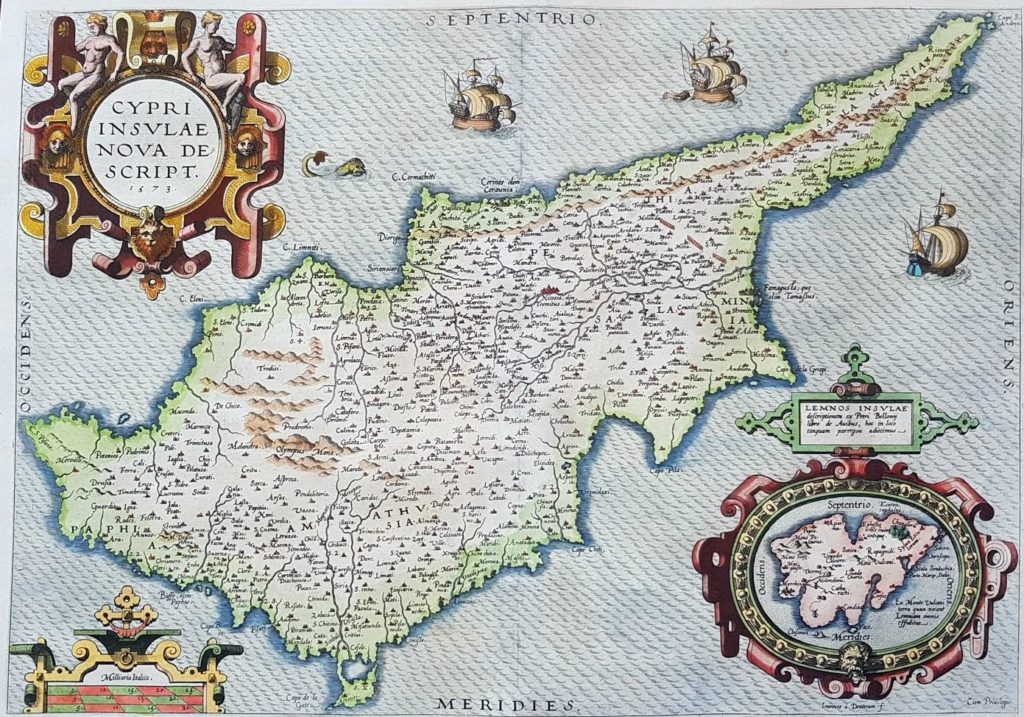 Due to the island’s geographical position, it is inevitable that over the centuries this has proved to be both Cyprus’ downfall as well as her greatest asset.  The island has pretty much been visited, conquered, ruled and preyed upon by anyone who was anyone in history!  There have been a myriad of cultures that have greatly influenced the island’s culture, providing wealth and prosperity, as well as bringing about periods of turbulence, poverty and neglect.

c. 7000/6500BC – The Neolithic Period saw settlers arriving from places such as Syria, Turkey and Palestine.  Their main settlements seemed to be in coastal areas such as Zafer Burnu on the eastern peninsula, Lefke, Çatalköy and Güzelyurt.

c. 2500BC – The Bronze Age saw Cyprus prosper with the rapid development of ship usage and copper mining, and she was firmly placed on the map of the international trade routes.  More settlers arrived from such places as Anatolia, they forged cultural and trade relations with Egypt, Asia Minor, Syria and Mycenaean Greece.

c. 323-58BC – The Hellenistic Period saw Cyprus change hands several times after the death of Alexander the Great.  He had brought victory to Cyprus over the Persians, who had ruled over the island for two centuries.  Eventually Cyprus was ruled for some 250 years by the Egyptians, and peace prevailed and the island again prospered.

c. 58BC – 395AD –The Roman Empire, which was by now the strongest power in the Mediterranean, annexed Cyprus, handed it to Alexandria, and then it was given to Cleopatra as a gift by Antony before Cyprus became a civil province in 22BC under the control of Emperor Augustus.

c. 395AD -1191 – This was the Byzantine Period, during which Cyprus was ruled for another two centuries by a now depleted Roman Empire from Constantinople or Byzantium (now Istanbul).  Cyprus saw some tough times during this period with a famine in 324 for example, and earthquakes in which Salamis was destroyed.  It was later rebuilt and named Constantia.  It was also a time for the construction of many Christian churches and monasteries on the island, but also a period during which Cyprus endured nearly 300 years of invasions from the Muslim east with the rise of Islam. 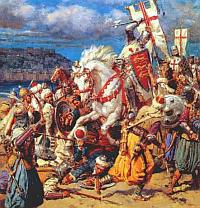 1191 – Richard the Lionheart arrived on the island after discovering his fiancée’s ship had run aground there whilst on the way to confront the Seljuk Turks who had taken Jerusalem.  However he sold the island on to the Templar Knights to raise funds for the Crusades.  Their control was short lived however, due to the lack of control they had over the population who refused to pay increases in taxes to recoup the cost of the purchase, and Richard was obliged to take the island back!  He however then turned it over to Guy de Lusignan in compensation for the loss of Jerusalem.

1192-1489 – The Lusignan Period was arguably the most successful in Cyprus’ history thus far, with three centuries under the rule of the family which originated in France.  After a period of poverty and destitution the Lusignans helped Cyprus become celebrated worldwide for being a cultural centre, attracting academics from afar.  Famagusta became one of the wealthiest cities in the world and some of the most well known buildings such as Bellapais Abbey and St Nicholas’ cathedral were built during this period.

1489-1571 – The Venetian Period started with the death of Lusignan ruler Jacques II, and the subsequent rule of Cyprus by his Venetian wife Caterina Cornaro.  The Venetians spent most of their time fortifying Cyprus against the threat of the Ottomans, which was hopeless as Lefkoşa’s defences were soon breached, although Famagusta lasted for 10 months.  The 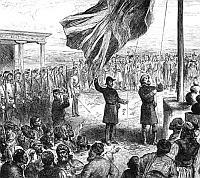 Venetians only ruled over Cyprus for a total of 82 years.

1571-1878 – The Ottoman Period lasted for three centuries and was a period of relative calm and peace amongst the different communities, despite the fact the rulers turned Catholic churches into mosques!  However the island suffered from a serious lack of investment, suffered a huge plague and went into decline, with the population having to pay heavy taxes which disappeared to Constantinople.  When the Ottoman Empire declined, Cyprus was leased to the British under the Anglo-Turkish Convention of 1878.

Click this link to read more about the islands recent history. 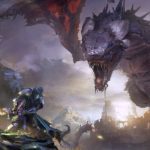