Currently handling around 2 million passengers a year, Ercan has a 2.5 kilometer-long landing field and an apron with a capacity for seven aircrafts, which at present is not suitable for larger aircraft.  Plans are afoot as of 2009 to privatise Ercan, which will increase investment to incorporate additional landing space and terminal buildings to allow for an increase in traffic. Havaş, a Turkish company provides ground services. 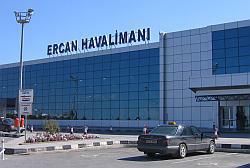 Ercan airport is a modern facility nowadays with shops, cafes, viewing gallery, modern technology security checks and scanners and is able to accommodate offices for car rental companies and airline ticket sales.  Car parking is no longer free as of 2008, with a scaled pricing structure depending on the duration you leave your car, with prices starting at 15ytl for the first 24 hours.

You can book tickets to fly from the UK to North Cyprus with most of the major travel agencies here in North Cyprus, and the agencies can often offer better prices than if you book the same flight in the UK.  You can also purchase tickets online via the airlines’ websites, and it’s worth keeping a look out for cheap deals at certain times of the year.

Please visit our Tourism section for more articles on flights to North Cyprus, as well as airline information, and options for arriving via south Cyprus. 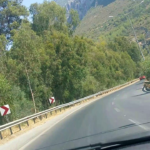 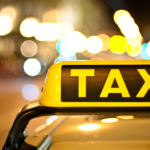