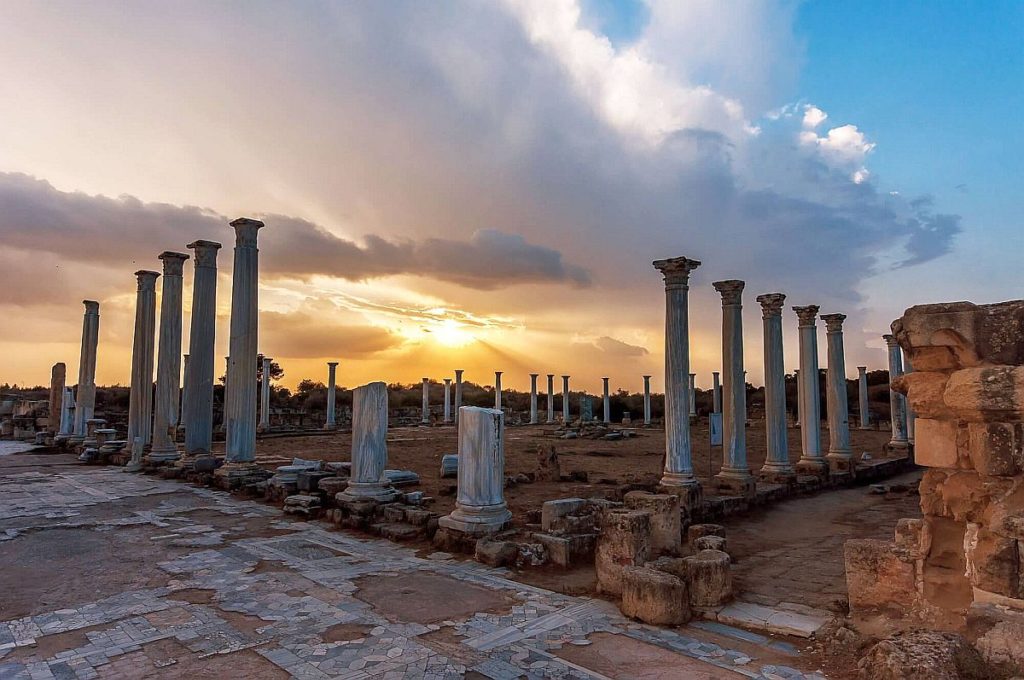 You can reach Salamis by taking the main road to Famagusta from Lefkoşa at the Ercan/Geçitkale junction.  Around 10 miles before hitting Famagusta there are signs to the left for the site of Salamis where a new road will take you to the site.

Its history is fascinating having spanned centuries ruled by various rulers and home to many differing civilisations and cultures.  For much of its time it was the leading city of ancient Cyprus and according to legend was originally founded in around 1180BC by Teucer, a Homeric hero who fought in the Trojan 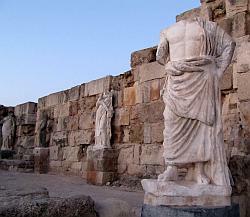 war and whose father, king of the Greek island of Salamis, had exiled him from his homeland.

Given its position on the island, facing the East, sea trade was its main source of wealth.  It prospered and by the 8th Century it was a major trading centre.  Despite this, evidence has been found that would indicate it paid tribute to the Assyrian king even though it remained an independent state and even minted its own coinage by c.560.

It was only a century later that the city fell to the Persians who put in place puppet rulers and presided over the city for the next 200 years, until it was conquered by Alexander the Great.  On his death however, Cyprus was fought over with the then King Nicocreon committing suicide.  The city ended up in the hands of the Romans who brought about a resurgence in prosperity with shipbuilding and foreign trade being their main source of income.  Christianity was also 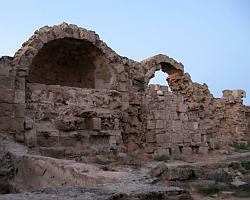 introduced and Salamis became an important centre for its early development as a religion.

The Byzantine Empire took over in around c.395 and Salamis again became the capital of Cyprus but disaster struck after an earthquake and mudslide in c.342, destroying the city completely.  It was rebuilt and also renamed Constantius after the reigning Byzantine Emperor at the time.  Sadly it never regained its prominence and when the harbour began to silt up and the city was sacked by Arab invaders between 647-9, the population of the city relocated to what is now Famagusta.

The city was subsequently plundered for its stone to build Famagusta and other surrounding areas with columns and other architectural features taken.  The remainder of the city was left to decay and was still looted as late as 1952 apparently!  Some of the smaller excavations available to see today were carried out in 1887 although further excavations took place in 1952 and continued sporadically until 1974.  In 1998 excavations 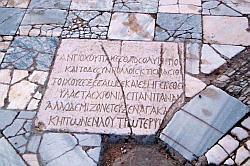 restarted and in 2000 some Roman baths were uncovered.  In 2002, archaeologists discovered the north/south axis road of Salamis now called the Pillared Road.

So what can you see today?  For those with a serious interest in archaeology this site can command some quality time, but there is plenty to see for those of us who would like a glimpse of the most interesting visual aspects of the site.

Starting at the northern end of the site which is found to have been the centre of the city in Roman times you will find the gymnasium and baths which are said to have been rebuilt in the 4th Century following huge earthquakes in 332 and 342AD.  Remains of the magnificent and huge marble columns still exist here, re-erected and placed around the court of the gymnasium in the 1950’s.  There are numerous Roman statues too although all are now faceless but certainly no less wonderful to see. 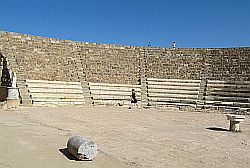 1959.  You can still see the remains of the high walls which would have sat behind the stage itself and the theatre is still in use for public events such as concerts and plays.  It was said to have been able to hold a total of 15,000 making it one of the largest in Cyprus.  You can see a Roman Villa, still a visible ruin and at around 250m long you will have to use your imagine on its layout as only really foundation stones remain.

There are the remains of the temple of Zeus Salaminos which staggeringly can be dated back to the founding of the city.  From the Byzantine era the remains of the Kampanopetra and St Epiphanios Basilicas can be seen with the latter believed to be the largest on Cyprus and where the tomb of the Bishop by the same name lies.

There is plenty more to see at Salamis, with mosaics, a huge vaulted cistern, baths, a Roman Forum and you can also see some of the remains of the city walls and an aqueduct.  More sites in the nearby surrounds include the St Barnabas Monastery, The Royal Tombs and the ruins of Enkomi which obviously require more time, but must also be seen to appreciate what an important place this is in terms of world history.

We hope you’ve enjoyed our feature on Salamis and that it entices you to visit if you have not yet been – it’s a magical place to go.  For more articles and information on the opportunities for Sightseeing in North Cyprus please click this link. 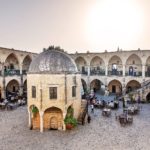