Practicing ones religion in North Cyprus is important for many people no matter what their religious inclination may be.  However, the predominant religion of Islam means many Muslims will fast for one month each year.  Ramazan or 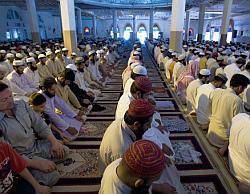 Ramadan is the ninth month of the Islamic Lunar calendar and is classed as one of the five pillars of the Islamic faith.  Physically healthy Muslims must abstain from eating, drinking, smoking and sex between dawn and sunset for 30 days.  This does not apply to children or elderly people, although we know of one 96 year old lady who still fasts and won’t be told otherwise!

Ramazan is also a time for reflection, refraining from gossiping, lying and slandering.  It’s a time for good deeds and generosity, thought for those less fortunate and a time to be more conscious of God’s presence.

Fasting during the day can be quite tough to start with, especially when Ramazan falls in the summer months – in 2012 it starts in July of all months.  Most of us could not cope without water to drink during the day, so

you can imagine that it can be quite draining for people who are fasting.  However, we are told it is purely mind over matter and after the first week it becomes easier to cope and the breaking of the fast with Sahur (morning) and Iftar (evening) becomes routine.  Meals usually start with something light such as soup so as not to feel completely bloated too quickly!

Towards the end of Ramazan in North Cyprus preparations are made for making such delights as hellim and olive bread and sweetbreads to take to friends and family as well as guests that may visit.  Mosques are visited for Sahur on the last day of Ramazan for prayers.

Ramazan Bayram in North Cyprus (also known as Şeker Bayram) is the holiday given over to various festivities such as full on Turkish pop star entertainment at the local hotels and restaurants with families gathering together to celebrate and shops often holding sales to tempt people! Older generations are given upmost importance during this time by the younger folk and sweets are given out to children. 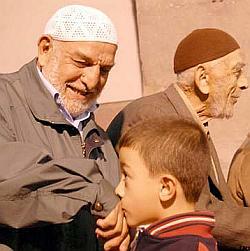 Depending on which day Şeker Bayram falls there is a 3-4 day public holiday so be warned as government offices and banks will be shut for the whole period, whilst privately run businesses will usually shut for at least two days.  Our guide to Bayrams and Public Holidays in North Cyprus will give you more detail on future dates as Ramazan is a moveable event each year.

We hope this article has given you an insight into the significance of Ramazan and if someone refuses a drink or something to eat don’t be offended, they could well be fasting!  Iyi Ramazan Bayramlar everyone!! 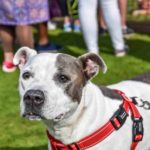 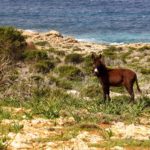 North Cyprus – Friends of the Karpaz