If you are visiting North Cyprus, or indeed even living here, then another of the wonders to be seen is most definitely İncirli Cave, meaning Fig Cave, due to the fig tree hiding it’s rather small entrance!  With its own mythic tale to tell about its discovery, there is plenty of factual data on the formation of the caves as well, fascinating stuff!

We all know that 2020 was probably the hardest year for us all, and that travelling has been something more akin to a mere memory recently, but, hope is on the horizon.  Holidaying in North Cyprus has been impossible, however, with the Covid-19 situation looking a little more like it is now under control around the world, thoughts of summer holidays have the potential to be a reality for 2021 in North Cyprus. 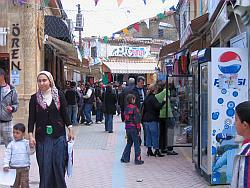 Fancy a bit of a shopping trip whilst visiting North Cyprus?  Why not make a visit to Arasta in the heart of the walled city of Lefkoşa to experience some modern shopping, located in a wonderfully historical location!  Arasta is located at the top end of Girne Caddesi which is the main road leading up from the Kyrenia Gate – keep walking and you will come upon it one way or another!  You will know you have arrived when you enter a vibrant and busy shopping district. 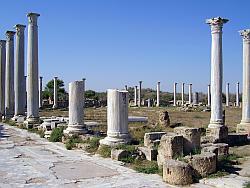