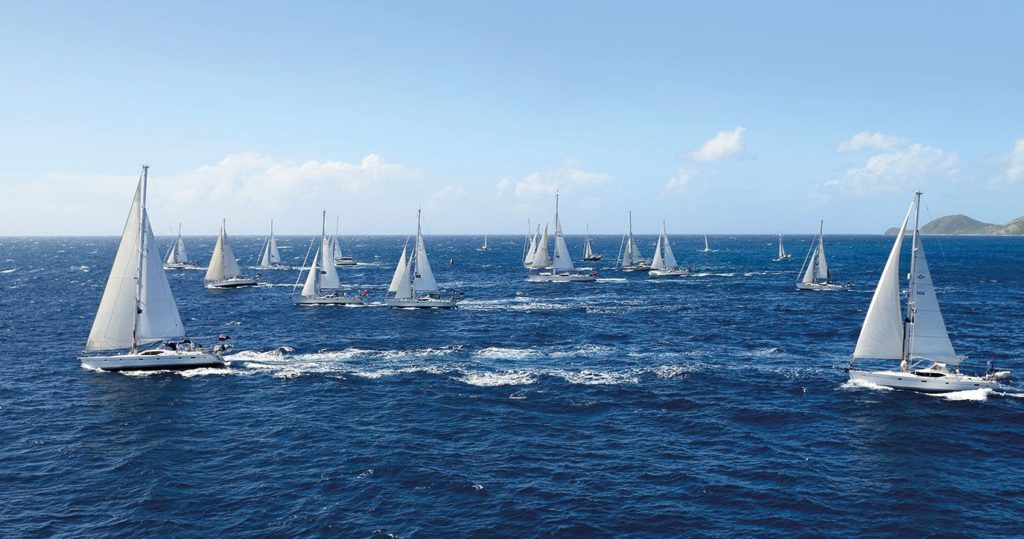 Come the early summer months North Cyprus is again due to see the wonderful plethora of yachts entering Kyrenia’s harbour ports, and if it’s a fine day, which it should be at this time of year, you can sit and watch them arrive over the horizon from the south coast of Turkey, whilst sipping a few drinks at one of the harbour cafes! 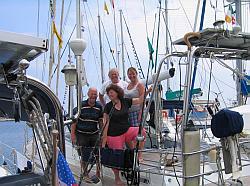 It’s a great day to be in the harbour area, whether it be the old harbour over past years but more recently the new harbour, as lots of people come down towatch the boats coming in and where they will receive a warm welcome on docking.  The place in fact gets pretty packed so find a good spot to relax and watch from otherwise you might find yourself being jostled for best position!

The Eastern Mediterranean Yacht Rally celebrates its 25th anniversary in 2014, and with its growing popularity, should see a record number of participants wanting to experience the event.  Avid boating enthusiasts take part from all over the world, and provide an excellent platform to boost yachting and sailing in the Eastern Mediterranean region with its calm waters and wonderful geographical locations. 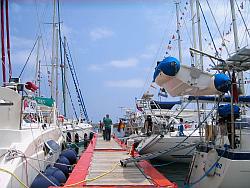 In previous rallies there has been a great mix of nationalities taking part, including people from Great Britain, America, Belgium, Denmark, France, Switzerland, Israel, Australia, New Zealand and Germany as well as Turkey – obviously!  That really does give credit to the organisers, proving how well they can bring an international event of this size together and attract people from all over the world.  In return, investment has been made at the ports used throughout the rally which is also admirable, with big improvements in facilities for boat enthusiasts and visitors.

Those taking part will get to experience some wonderful places all along the Aegean and Mediterranean coastline and includes visits to three continents and some 12 UNESCO world heritage sites, so there is more than just intensive sailing on the agenda!  On docking at each location there is plenty of time to put their feet on terra firma, relax and enjoy the festivities and tours that are organised for them by each port they stop at. 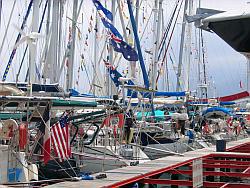 The event started in 1990 with a total of 17 vessels but had grown to 78 in number by 2008 with numbers set to increase this year, with hopefully over 100 making the journey.  The rally is over 2 months long lasting exactly 74 days and covers over 1,679 miles with 24 ports being docked at in 6 different countries.  It may seem a long time, and it is really (!), but there are normally two sections to the rally, one covering the Turkish coastline and the second covering the International coastline which includes countries such as North Cyprus, Syria, Lebanon, Israel and Egypt.  Over recent years and mainly due to troubles within some of these areas the route has been changed and in one instance the event has not run at all.

Whilst here they are usually treated to some relaxing and entertaining events held in their honour such as a reception at Kyrenia Castle, a sightseeing tour and a Pirates Party held annually at the Dome Hotel as a final send off before they hoist anchors and set sail for the next leg.  You can also find them parading around the harbour in their costumes so don’t be scared if you get approached by a man with an eye patch, a peg leg and a parrot on his shoulder! 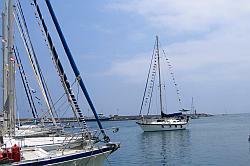 In respect of the North Cyprus stop-over and in turn the events growing popularity amongst avid sailing enthusiasts, it has proved very beneficial to have the Karpaz Gate Marina now completed and usable as the crews will be moving up the coast from Kyrenia to visit this relatively new facility.  It is a great boost for the TRNC as its one of the most enjoyed stop-over’s for many of the participants and they always have lovely things to say about the hospitable welcome and friendliness they enjoy when here.

If you would like to find out more then you can visit the organisers website, www.emyr.og which gives information on the provisional agenda, rally locations, how to enter and stories from previous participants and the history behind the event.

So there you have it, the 2014 Eastern Mediterranean Yacht Rally arrives in North Cyprus on Wednesday 4th June – we’ll be there and we hope you will too! 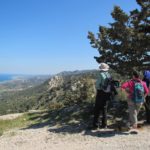 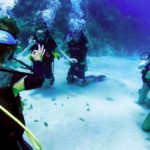 Activities on the Water in North Cyprus