SOS in North Cyprus does a great job in ensuring that all children who need help, whether through being orphaned or because they have parents who cannot for some reason look after and raise them, are given as much help and support as required through their programmes and facilities.

SOS Kinderdorf is an international organisation started in Austria in 1949, set up in response to the needs of children who had lost their homes, their security and their families as a result of the Second World War.  SOS International now helps children of all ages worldwide with the help of donors and co-workers.

In conjunction with the international arm, the first SOS Children’s Village and SOS Kindergarten in North Cyprus opened in Lefkoşa in 1993 after talks that started in 1989.  These talks were initiated because of the clear need to have a childcare concept in North Cyprus.  The aim of both of these facilities was to introduce a family atmosphere, with local authorities referring youngsters who were in need of help and assistance. 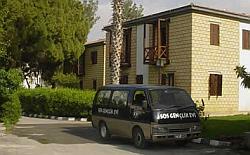 Inevitably the need for further facilities grew, and expansion was achieved by adding more ‘houses’ to the original village, the concept being that the children were in effect living in a house with brothers and sisters, as well as carers who act as parents.  An additional SOS Youth Facility for boys and girls was finally completed in the summer of 2000 in Kyrenia.

In addition to their facilities, the operation also runs schemes such as the Family Strengthening Programme from its base in Lefkoşa, which aims to work directly with families which are in danger of losing their children to care, to help and encourage them to care for and protect their children.  At all times SOS works 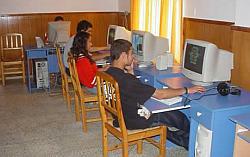 with other state organisations such as the local authorities and service providers.

SOS Children’s Village also provides the necessary tools and facilities for all children including education, financial support, healthcare and so on, and for those who are of an age where independence is not far away, they house them in pairs and guide them through such things as budgets, food preparation, cleaning and general domestic chores.  They are also involved in finding children part time summer jobs as well as helping those older children to find permanent employment to enable total independent living. 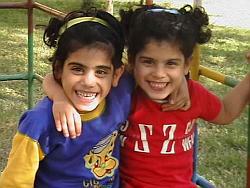 SOS Children’s Village gains funds though the kind contributions of charitable sponsors both locally and abroad.  In addition, income and funds are earned through a myriad of activities such as parties, balls and raffles, second hand goods sales and much more.  They also receive regular supplies of food and consumables from the public.

If you would like more information on the SOS organisation in North Cyprus, and to find ways in which you can be of help then please check their website www.soscocukkoyu.net. 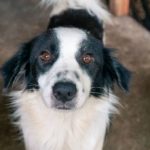 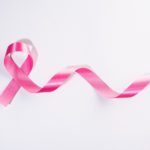