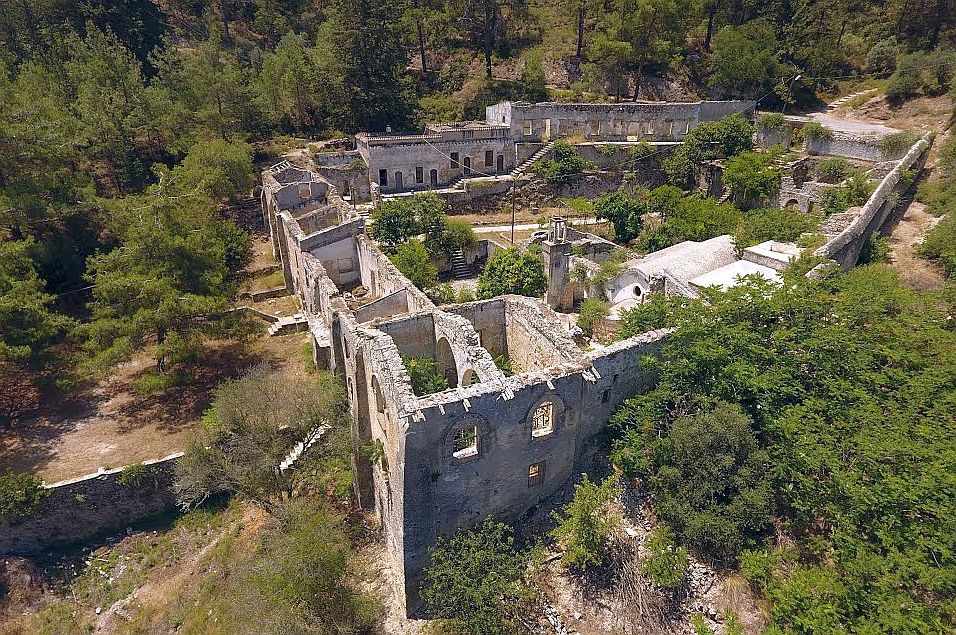 There is no one who enjoys a good ruin more than Essential Cyprus, although this one won’t be a ruin in the near future, as it is undergoing a hopefully wonderful, authentic, restoration after being gifted some EU funding.  We shall report back on that once it is finished!

The mysterious, quirky and at times spooky, Sourp Magar (meaning St. Makarios the Blessed, a hermit and a place also known as Magaravank) is a once beautifully secluded Armenian Monastery, located within the Five Finger mountain range to the east of Kyrenia.

Sitting at 530m above sea level it can be accessed via the same road that is used to get to the picnic area of Alevkayasi, once you turn off the Arapköy mountain road (you can also visit the Herbarium located next to the forest Fire Station).  Nestled in amongst the forest, you can just see the top of its buildings, peeking above the tree line.  It is easily accessed via a small tarmacked road but is also only a short walk if you want to park in the picnic area.  It actually covers a vast area, which includes thousands of olive and carob trees and extends down to the coast some miles away.

The monastery originally started life as an ecclesiastical complex belonging to a small Coptic community (Egyptian Christians, of which little is really known) and its church was dedicated to St. Magar. It was then passed to the Armenians of Cyprus some time around 1425 in the 15th century and was used for religious purposes and as a resting place for pilgrims and laymen on their way to the Holy Land.  In history Armenia was the first country in the world to proclaim Christianity as the established religion, around 301AD. 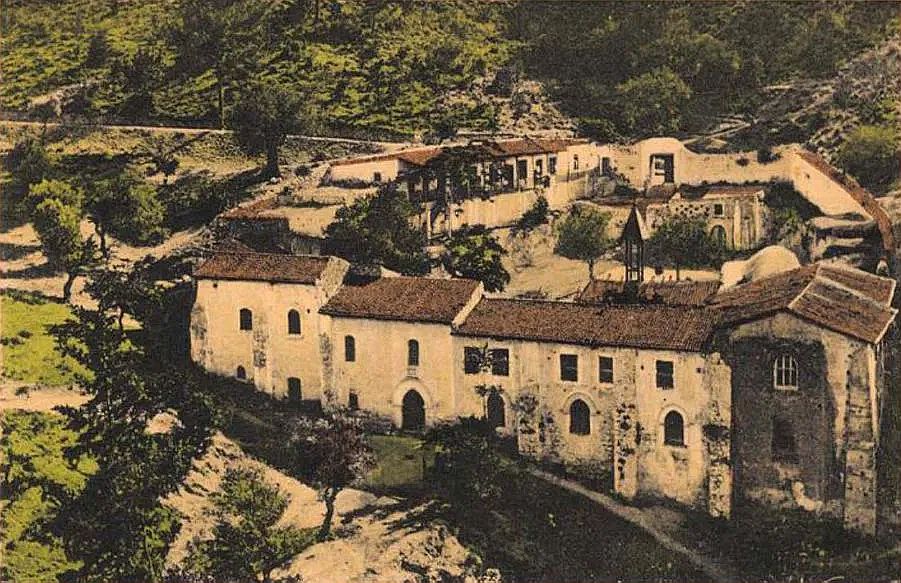 Its history is fascinatingly rich, with the Armenians having a significant population for hundreds of years in Cyprus, particularly increasing with more Armenians arriving as refugees from Anatolia after the Turkic population established powerful kingdoms in Turkey.  They also become an important community under the ruling Lusignans at the time.  It is obvious that they played an important role within Cyprus as they also managed to retain their lands and the monastery throughout the rules of both the Venetians and Ottomans too.  During the time of Ibrahim I the monastery was also deemed exempt of tax, according to records, in 1660 and 1701.

Its status of importance also meant it was used for a range of functions throughout its history, including a summer retreat for city dwelling Armenians living in the city of Lefkoşa.  It also acted as keeper for manuscripts and sacred religious items (long since relocated to the Holy See of Cilicia, in Lebanon, circa 1947).  Sourp Magar had full time residents who looked after the buildings and ran the functions of the site, also organising restoration works which took place 1735 and again in 1814.   Although the monks of the monastery were few after the 1920’s it was still a very popular location for Armenian families. 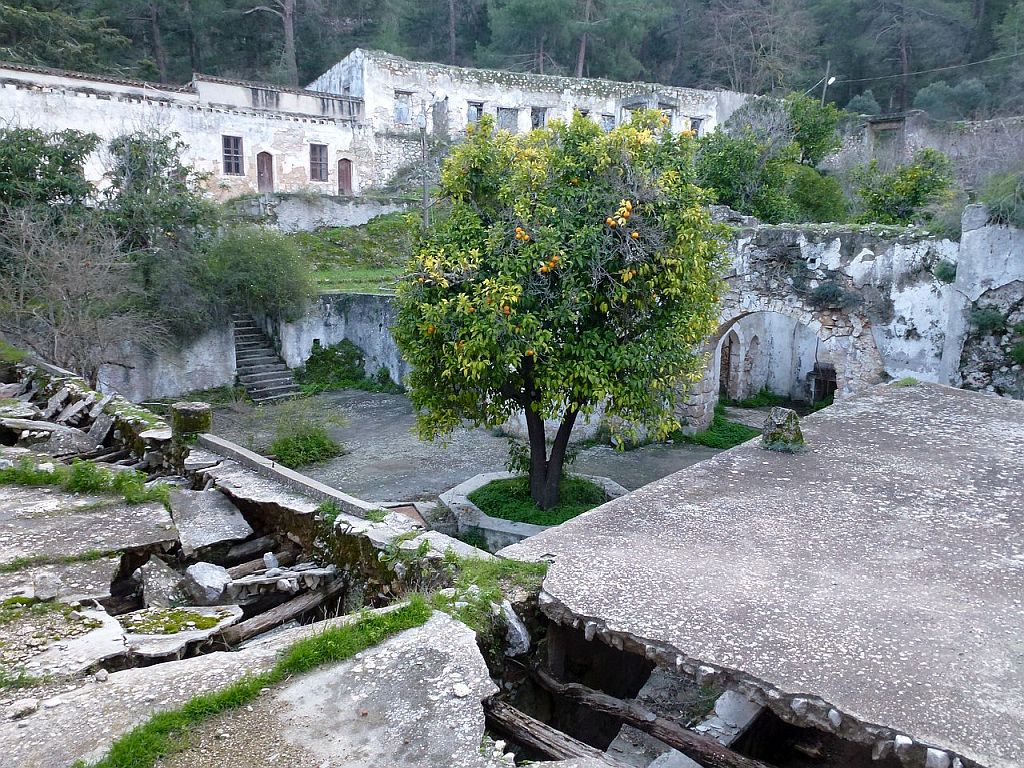 The fortunes of the monastery changed somewhat after 1974, with the intervention of Turkey who arrived to protect the Turkish Cypriot community.  After the intervention it was used as an orphanage, with many children visiting in summer season before returning to school in autumn.  You can imagine what a great place it would have been for kids to roam free to play to their hearts content!  However, the Armenian community could not maintain its community and custodians at the site and it sadly fell into decay.  Despite this, the community has kept close ties with Sourp Magar and have made subsequent pilgrimages, the last of them taking place in May 2010.

In these intervening years, the site has suffered badly and fallen into bad repair, and although derelict, it remained opened for the public to walk around it’s fascinating interiors and gardens, somewhat haphazard and dangerous that may be! 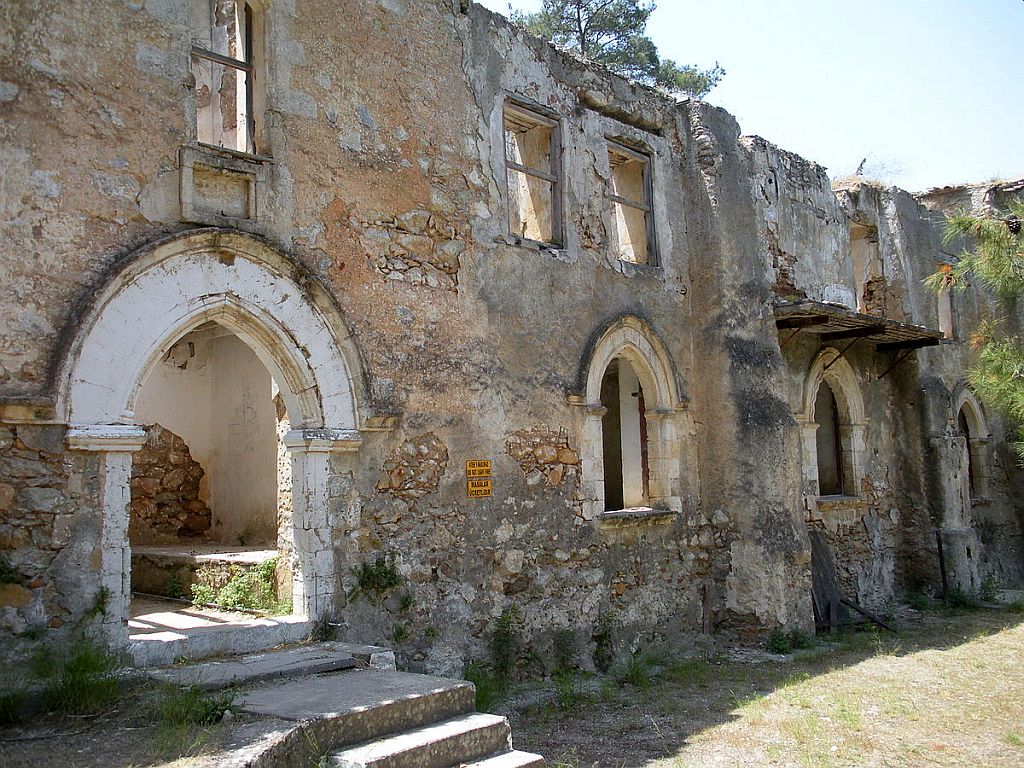 Historians have been able to date plenty of the site, with the majority of it seemingly being constructed in the 11th and 15th Centuary with the largest of two chapels being constructed around 1814.  A large church was present althought very little remains, but it has been established that the remaining apses were built using parts of other churches from the Karpaz region.

The site also had residential buildings that seem to have been built in the 15th century as they feature gothic windowns and doors, which were representative of the style at the time.  Judging from the time period these would most certainly have been constructed by the Armenians.  There are two storied buildings internally with wood beams holding up the roofs which would have been covered with curved tiles.   It is a big site, clearly defined but sadly decayed to such an extent that roofs have now collapsed and no doubt it has suffered pilfering over the years. 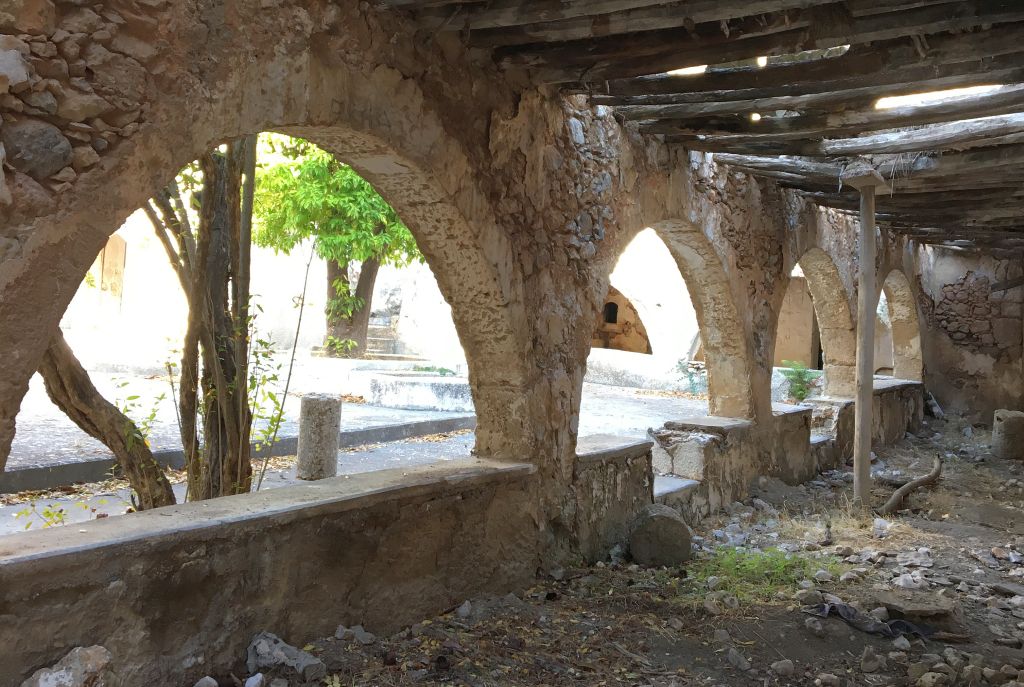 There have been attempts in the past to shore up structures with reinforced concrete and bits added on in the 1920s and also ideas in 2005 to provide a refreshment stop for walkers which, perhaps thankfully, did not come to fruition.

However, the EU have stepped up and given some funding for works to take place, which started in 2020 and continue currently, slowed down by the worldwide Covid pandemic.  However, this is great news as this site is of such historical value and importance. 400,000 Euros has been granted for works, including conservation and restoration of the main church and the monastic remains surrounding it. Part of the funds will also be used for maintenance of the remaining structures and there is an aim to obtain further funding to continue further conservation. 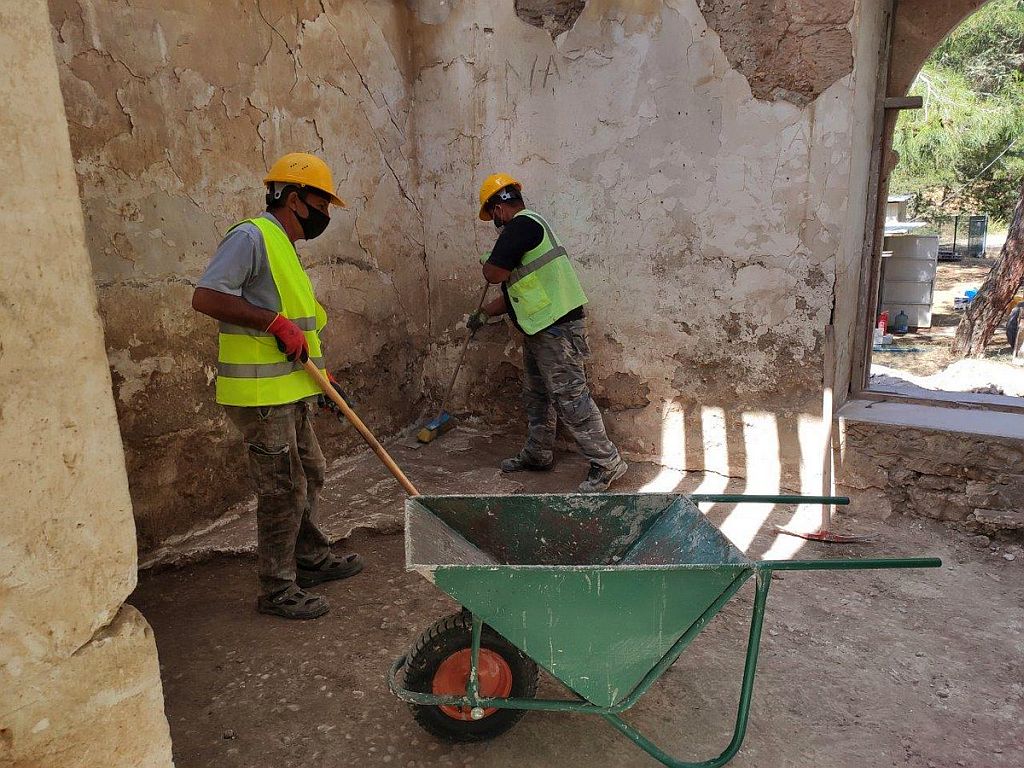 Please do make time to visit, it will hopefully be open again soon and it is a fascinating site to see and walk around, with beautiful views too!  You can find more places of interest to visit in North Cyprus in our Sightseeing section, feel free to browse! 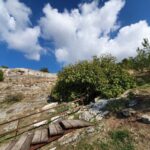 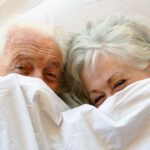