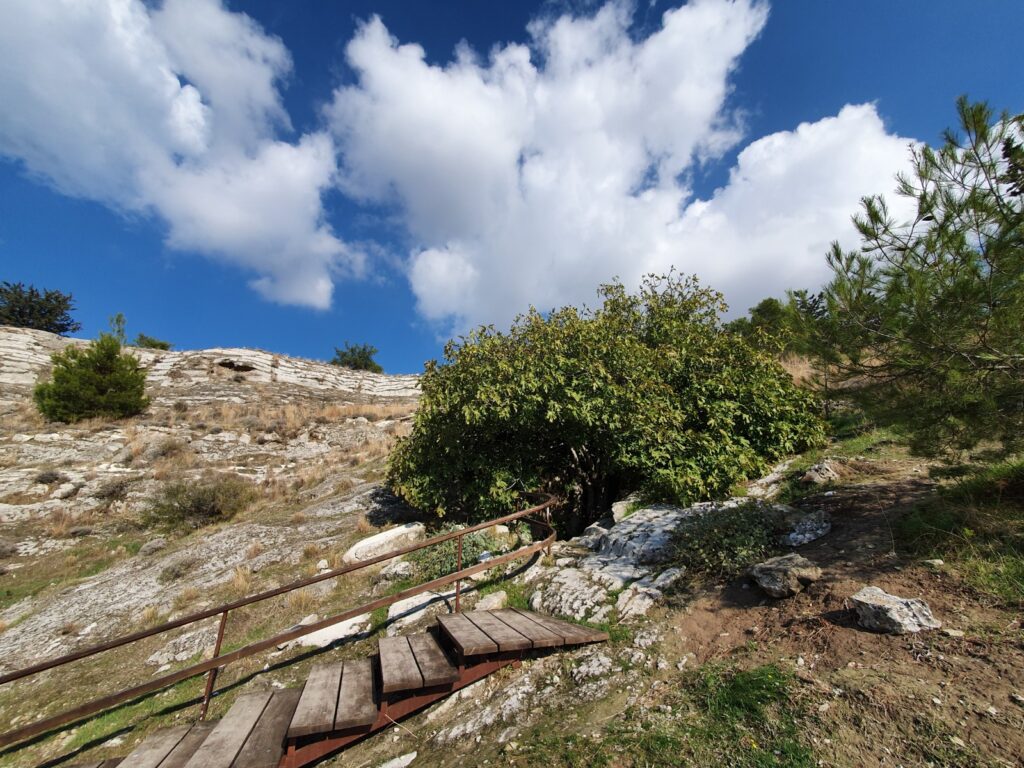 If you are visiting North Cyprus, or indeed even living here, then another of the wonders to be seen is most definitely İncirli Cave, meaning Fig Cave, due to the fig tree hiding it’s rather small entrance!  With its own mythic tale to tell about its discovery, there is plenty of factual data on the formation of the caves as well, fascinating stuff! 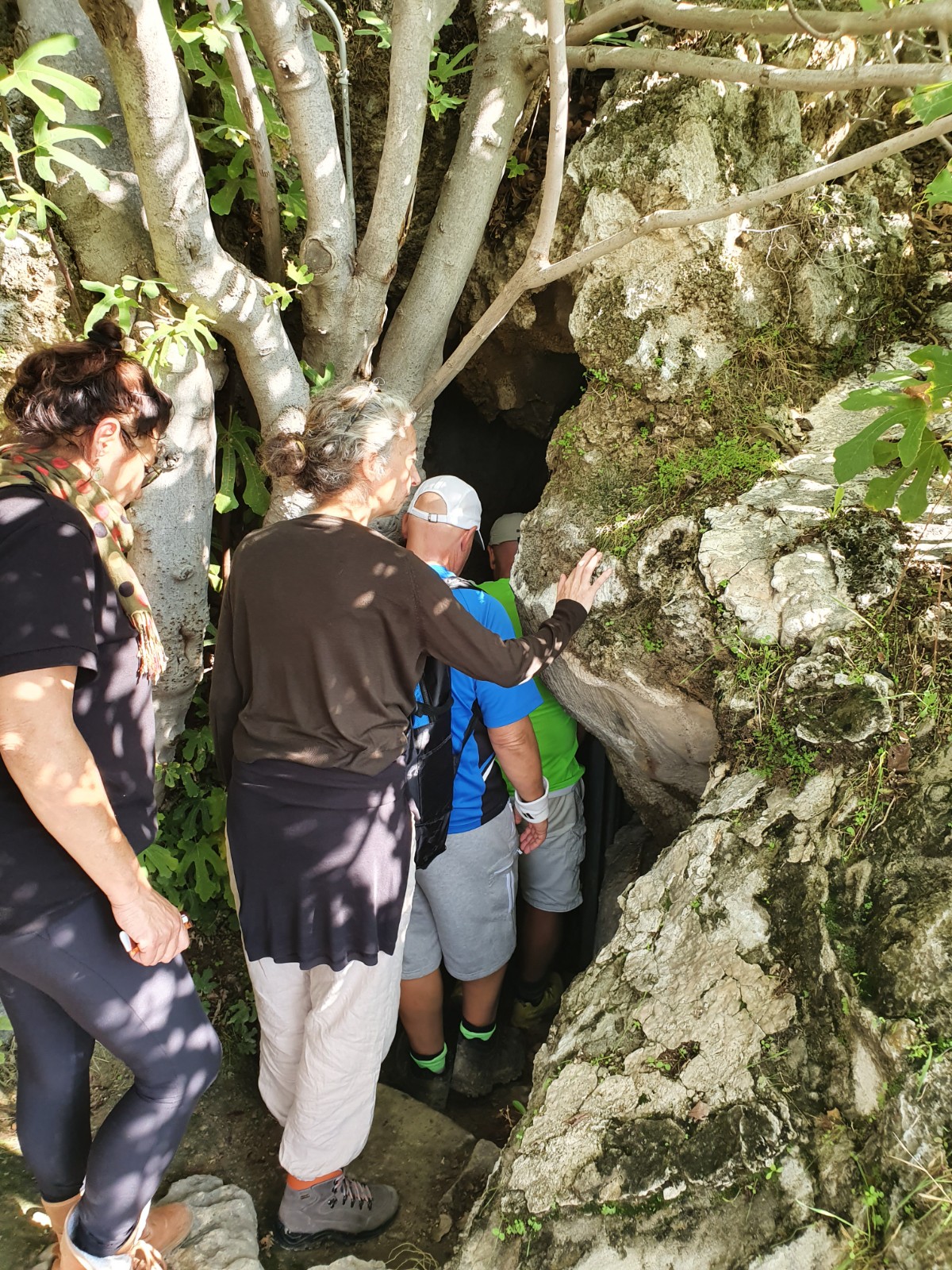 Located just to the south of the village of Çinarlı, on the southeast road towards Famagusta, it costs (at the time of writing) 5TL per person to enter.  You will find it via well signed roads and the location has plenty of parking space and toilet facilities for visitors.  Mustafa runs the little coffee shop and sells tickets, before you enter.

Right, onto the good stuff!  The area around Çinarlı is predominantly made of gypsum rock, which is actually still mined and used in North Cyprus.  The formation age of the locality is assumed to be over 5 million years, whereas the cave itself is thought to be around 200 thousand years old.  It is therefore of extreme geological importance.  Even the country of Turkey, which also has wide areas of gypsum does not feature caves of this kind, so we are told. 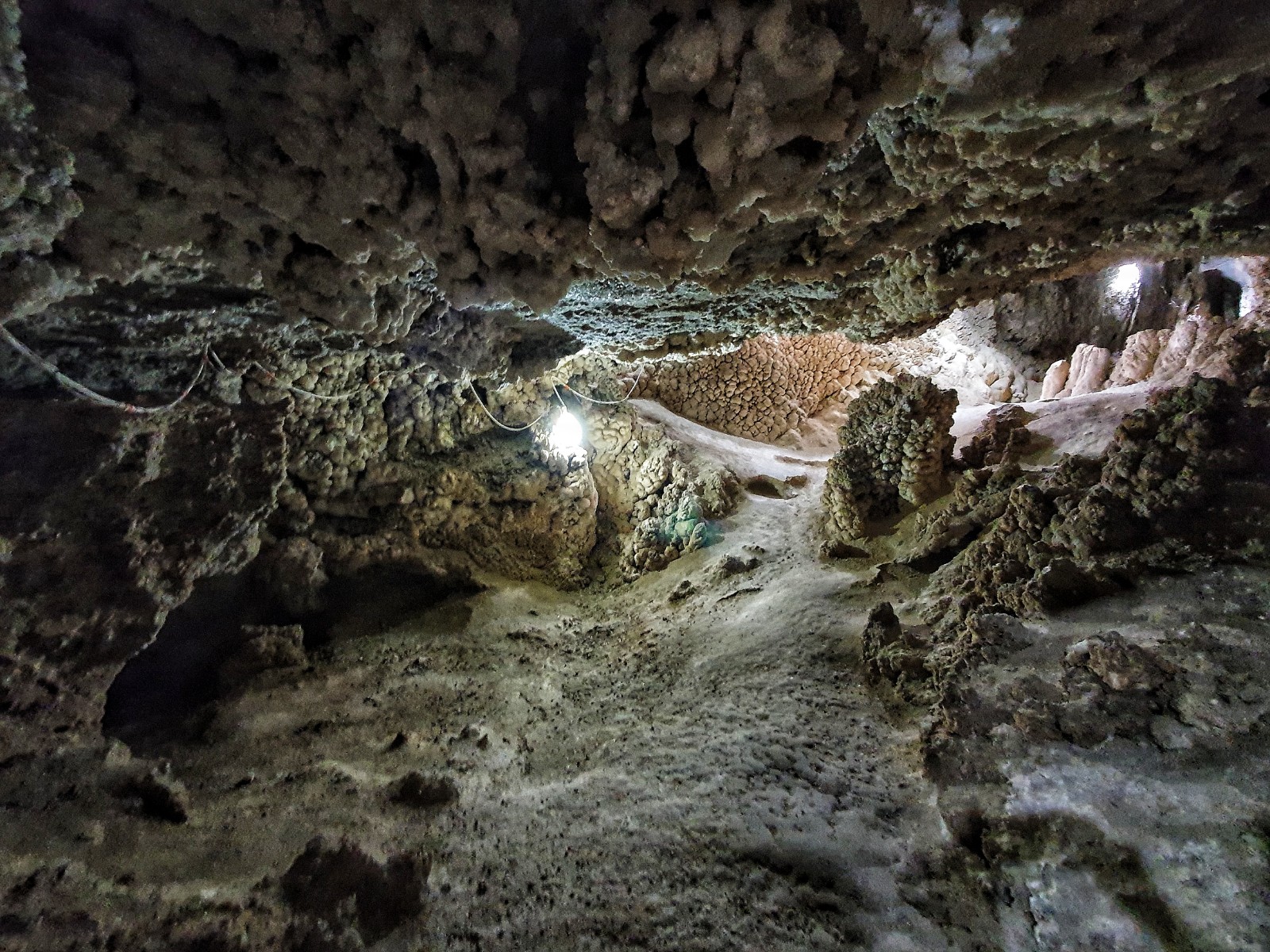 Gypsum rock is well known for its suitability for melting, which also means that it can morph into very interesting shapes at a fast pace.  Gypsum is a soft sulfate mineral composed of calcium sulfate dehydrate.  It can be, and is, used as a fertilizer and as the main constituent in many forms of plaster, blackboard/sidewalk chalk, and drywall.

Once you have entered the cave itself, via a slit of an opening, you can immediately see how fascinating it is.  It is very much like walking into a space odyssey or even through the wardrobe in Narnia!  Opening out into large, cavernous modules, which carry on and on for what seems an age.  In reality, the general public are only allowed along the first 71 metres of tunnel, but there are many more, some of which have been explored by experts.  It is thought that the caves and tunnels carry on for over 311m, branching out into a labyrinth of caves and tunnels, many extremely narrow indeed. 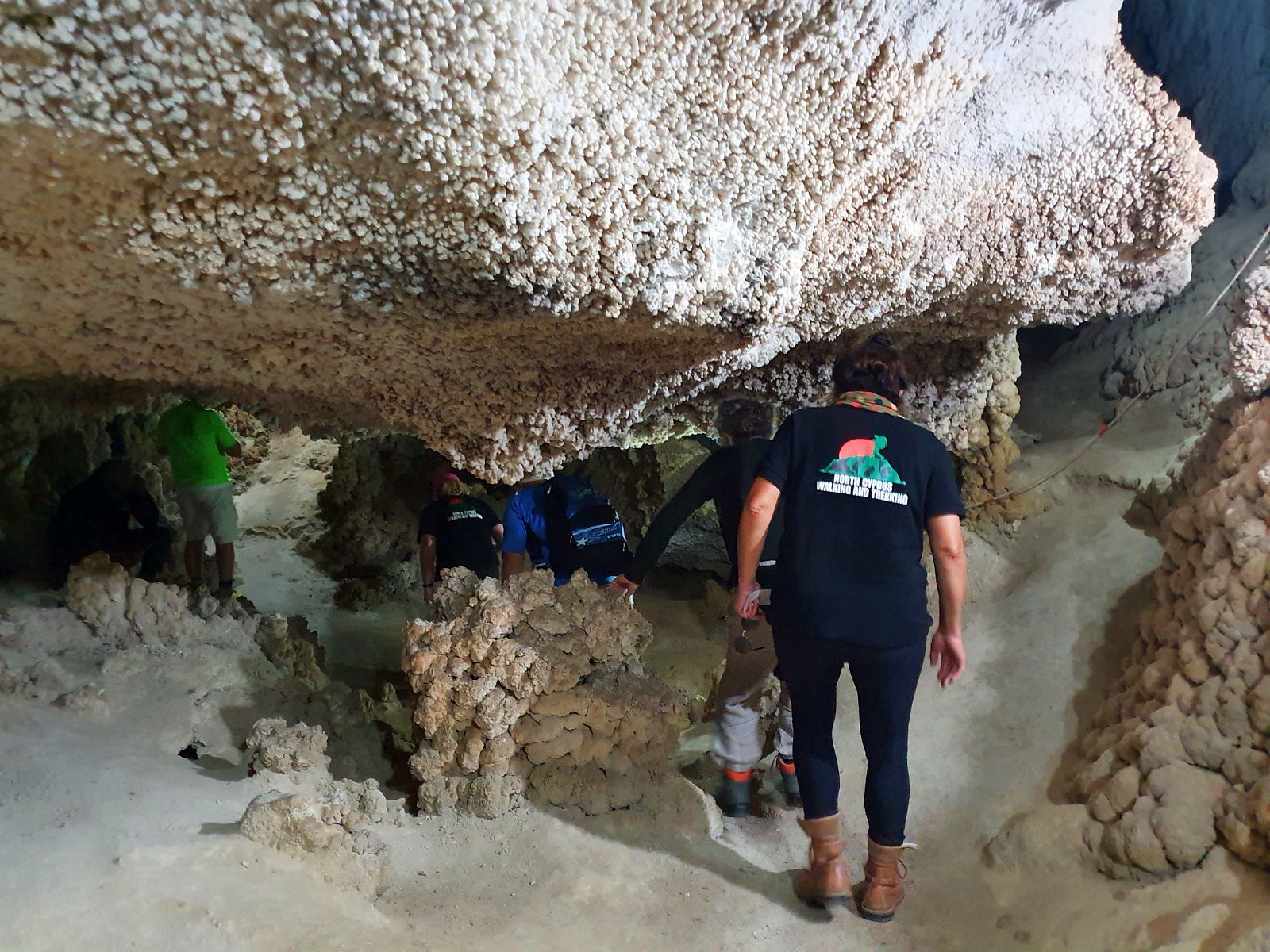 Stepping up from big spaces, with high domed ceilings, you can then be met with narrow openings of half a metre with steep drops, going through into tunnels – don’t worry, the public part is all lit with lamps!  You will see that this whole cave structure is made of gypsum in the form of what look like cauliflower florets, some worn from the wet, some showing their chinks of prismatic crystals, all perfectly formed.  Being quite brittle to touch, be careful and try not to grab hold of them!  Featuring stalactites, columns and mineral veined walls, this cave structure has now finished its development, so no further activity is expected in terms of new formations.

The only downside to it is that you cannot travel further underground than the allowed sections. It would be fascinating to be able to explore further, but alas you must turn around and come back! 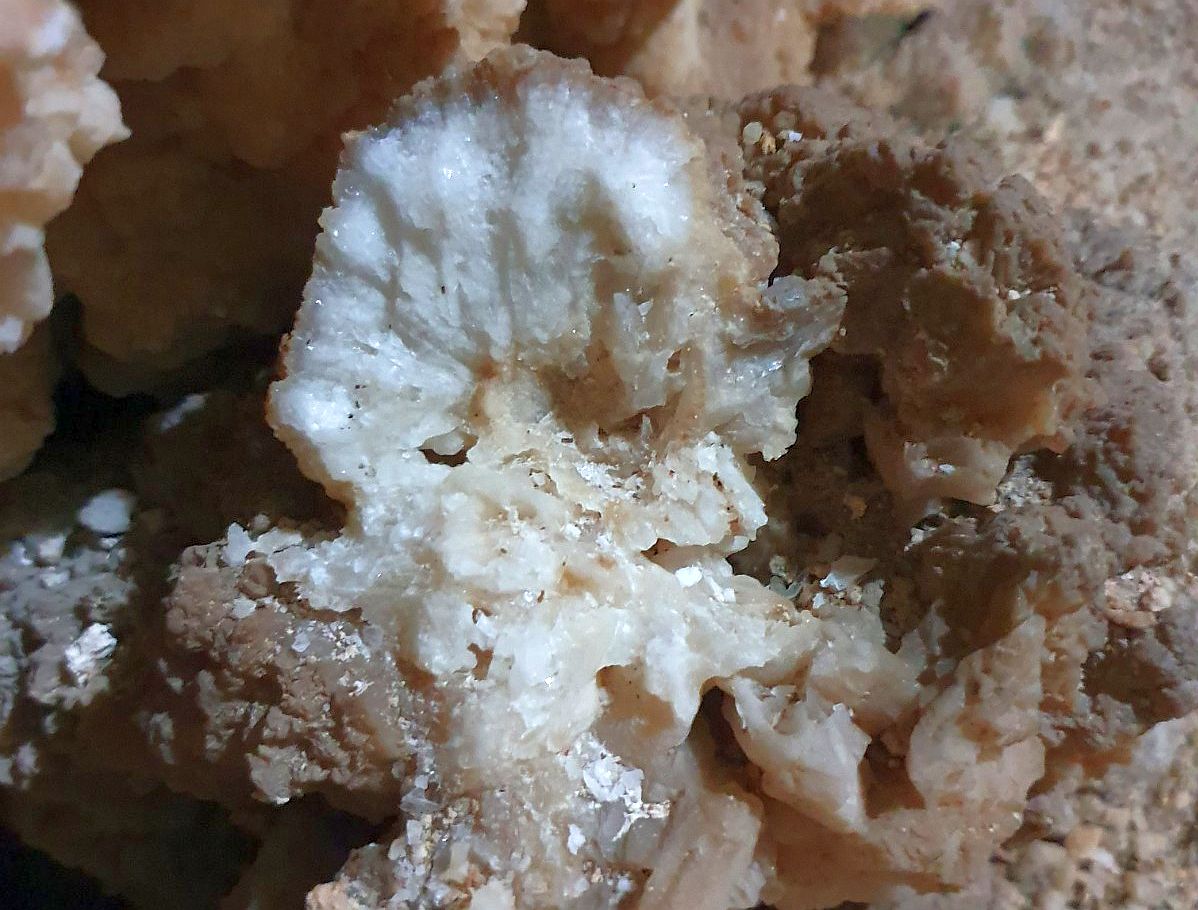 On stepping back out into the daylight, why not grab a coffee from the café and read about the folklore part – North Cyprus is full of myths and legends!

As the story goes some scrumpers, having stolen pomegranate fruit from a local orchard, sat down to eat their stolen feast.  They sat under a fig tree, eating their fruit when one of them dropped some of his fruit, which then rolled away and disappeared under the tree.  Going to retrieve them, he couldn’t understand why he could not find them.  On looking further under the tree he found an entrance in the rock and went inside and found the caves.  After exploring it for a time, they then went back to the village to tell everyone about it.  There is also an add-on story and it is said that couples wanting to conceive should visit the Fig Tree where they would then be healed of whatever was preventing them from having children.

Whatever the story, İncirli Cave in North Cyprus is a superb piece of geological wonder in the rich and abundant history of the island of Cyprus.  Do visit, it is a very interesting spot!  For more articles on where to go and what to see in North Cyprus why not visit our See & Do section. 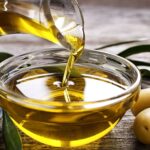 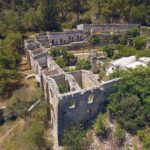