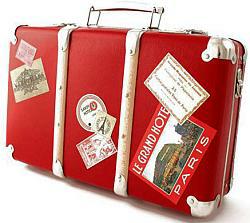 When travelling to and from North Cyprus these days passengers can find themselves spoilt for choice in terms of the airline they choose and the airport they fly into!  It wasn’t so long ago that you had to fly into the old and unfashionable Geçitkale airport whilst Ercan, the current passenger airport, was undergoing a major refurbishment.  With the border opening to the south, the choice is even broader too.

Several airlines now offer flights to Ercan airport via Turkey, and it’s worth checking them all out before committing to purchase your tickets.  All of them have the facility to purchase tickets online, with many now changing over to an e-ticket solution meaning no good old fashioned triplicate slips!  However, for some it’s still more preferable to have a travel agent do the searching for you, and to pay in cash at their offices or via credit card on the phone.

PLEASE NOTE that CTA below are not currently an operating airline due to financial issues, however we are keeping the details here in this article in the sincere hope that it will be resurrected at some point in history, and if not, well, nothing like a bit of nostalgia!

Cyprus Turkish Airlines, (also known as either CTA or KTHY), is the state run carrier; and it’s now possible to fly to North Cyprus from the UK’s major cities and airports – London Stansted, London Heathrow, London Gatwick, Manchester and Birmingham, with winter and summer scheduled timetables offering a wide choice of flight options.  Flights at times can be expensive, but they often release blocks of cheaper tickets at certain times of the year, so it’s always worth checking, but be prepared to book and pay at the same time to take advantage of any offers.

CTA’s head office is in Lefkoşa and they have additional sales offices in Lefkoşa, Famagusta, Kyrenia and at Ercan Airport.  There are also offices in Istanbul, Ankara, Adana, Antalya, Izmir, with general sales offices in Trabzon and Gaziantep in Turkey and Frankfurt in Germany.  In the UK you can find them located at 11-12 Pall Mall, London, SW1. 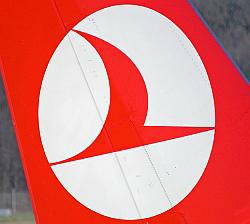 Turkish Airlines (THY) and offshot Anadolujet, the largest of the carriers serving North Cyprus are not the cheapest airline option by any stretch, but do have, in addition to CTA’s departure points, Dublin on their schedule with a transit change at Istanbul.  Again both winter and summer schedules offer a wide schedule and a great choice of onward journeys from Turkey if you are not travelling to the UK!  However, one major stumbling block seems to be that you can only book flights to Turkey from ‘Lefkoşa’ and not beyond, therefore requiring the need to book an additional set of onward flights.  We could be wrong, but when trying several options it tells you that ‘we do not have permission to book tickets for Lefkoşa.’

So, you may well need to visit a Turkish Airlines office to book your trip, or book it via a travel agent who can get round the issue!  THY have offices in Lefkoşa and at Ercan Airport, as well as many ticket sales offices around the world with offices in Birmingham and London in the UK or example. 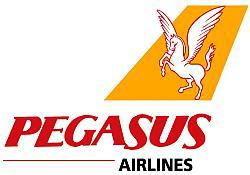 Pegasus Airlines (PGS), a private Turkish airline making waves in North Cyprus by consistently offering cheaper fares.  Their destinations at present include major cities in Germany and Turkey as well as Amsterdam, Venice and Zurich amongst others.  The one possible downside for the UK though is that they only fly to Stansted presently, but this could well change in the near future.  But with cheap tickets it may be possible to budget in an internal UK flight to get there for your onward journey to North Cyprus!

Beware also that Pegasus, when stopping in Istanbul, only fly into the Sabiha Gökcen airport which is not the main airport in Turkey (Atatürk Airport is the major international airport).  It’s not far out from the main city, but it’s smaller and less well connected with internal flights.  According to friends (having not flown with them ourselves yet) you don’t get a meal on the flight – we are sure that this wouldn’t be a problem for many who have had regular experiences of in-flight meals!!

PLEASE NOTE : unfortunately Atlastjet, another airline which has fallen into administration in 2020, but will keep here, just in case the airline is resurrected at some point

Atlas Jet (AJET) is the smallest operator serving North Cyprus and only accommodates flights to destinations in Turkey – perfect if you just want a short hop to another holiday destination!  Presently you can fly to Adana, Antalya, Ankara, Izmir and Istanbul – of course many carriers will then take you from there to other destinations in Europe should you wish to take a more laborious route!  However, Atlas Jet do fly into Atatürk Airport, so not a bad choice of airline if you want a city break.

Hopefully this article has been helpful, and although at the time of writing all information was correct, it may be wise to contact the airlines direct in case of any changes!  If you would like to find out more about Ercan Airport, travelling to North Cyprus from the south of the island as well as general information on flights into North Cyprus, see our other related articles. 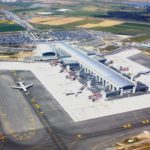 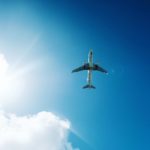