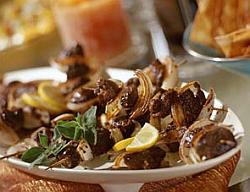 Traditional Turkish Cypriot cuisine is full of healthy ingredients, and if you perhaps enjoy the thought of trying lots of different dishes in small amounts then you need to visit one of the many quality Turkish Cypriot restaurants so that you can familiarise yourselves with all the culinary options available, and rest assured there are many to try!

If you’re not familiar with Turkish Cypriot cuisine then you’re in for a treat as you will experience dishes influenced by Mediterranean, Southern European and Middle Eastern cooking, with plenty of variation to keep your interest going throughout the whole meal.

North Cyprus has a healthy regard for art, and perhaps due to the island’s centuries long history, there is a surviving enthusiasm for culture that has lasted down the ages, keeping it alive and well amongst the local population.  What’s more, Cypriot art and culture is equally popular and of interest to visitors, and some of this interest has resulted in foreign artists producing their own books about art in North Cyprus.

The village of Büyükkonuk, (formerly Komi Kebir), in North Cyprus is located in the lowland foothills of the Beşparmak mountain range on the far east of the island.  It’s situated about 6km north-east of Boğaz, just before the start of the Karpaz Peninsula region.  It is also a village of some note due to it recently being designated as an area for eco-tourism, and has subsequently even been filmed by foreign film crews for international culture programmes. 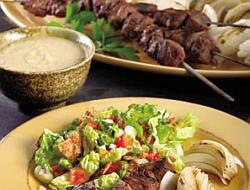