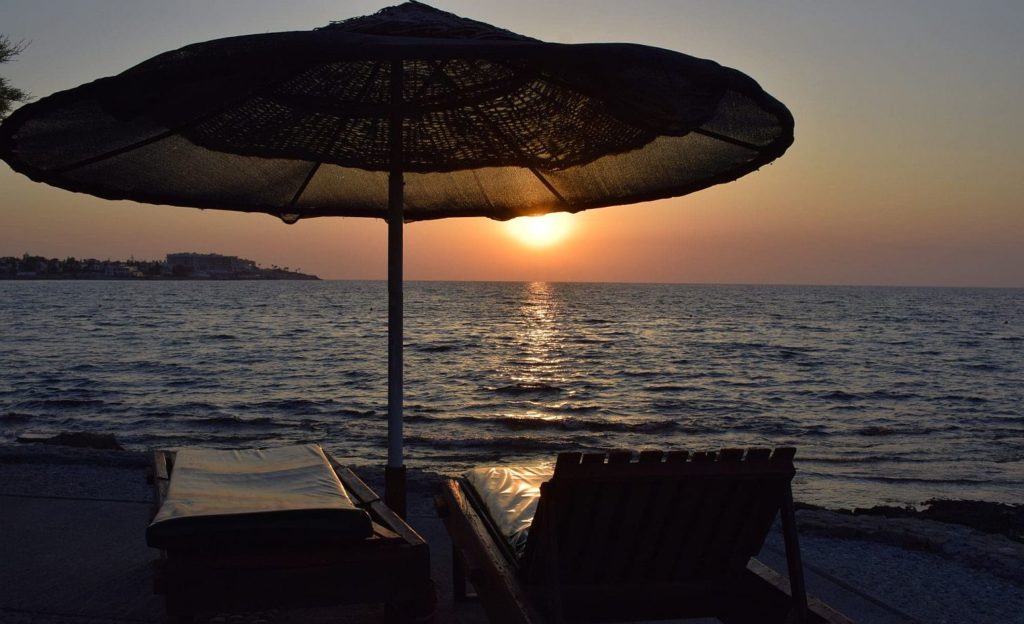 North Cyprus has some wonderful beaches, and whether it’s long soft stretches of sand you’re looking for or indeed some rocky little coves or deserted coastline, then there is something on the island for everyone.  In this article we will detail the particular beaches and seaside facilities to the west of Kyrenia.

Travelling west from Kyrenia and starting from Karaoğlanoğlu and on towards Lapta, you’ll find stretches of rocky headland to meander along and you’ll also come to the Riviera beach – which is a little stony – and the Kervansaray beach which is a small and sandy but popular beach conveniently located, especially considering the selection of restaurants nearby!

Further along you will come first to Escape Beach, (one of the beaches used on the Turkish Army landing days in 1974), which is a very popular beach club and which boasts the Golden Rock islet which sits a little way from the beach front.  The daily boat trips from Kyrenia often stop off at Escape for guests to have a swim.  At night Escape turns into a paradise for party goers, with DJs and club nights all summer long!

Along the same road you’ll come to the Deniz Kizi beach – Deniz Kizi means mermaid – the beach is attached to the Deniz Kizi Hotel but open to non-residents of course, for a small fee.  There is also the nearby huge 5 star Merit Crystal hotel with its lovely sandy cove beach, and the remains of the now closed Mare Monte hotel sit adjacent to this.  Note, a recent tender process has seen Merit Cyprus snap up the land and coast area here and they have plans to build a new 7 star hotel with golf course (more on that another time!).

Further along the coast you’ll come to Camelot, which is also known as Alsancak Beach, and which has also been developed in recent years into something of a beach resort rather than just a simple and clean beach for sunbathing!  Next to this a short way is the Sunset Beach Club which is a great place for some entertainment and kids’ activities.

You are then nearly entering what is commonly called the Lapta Strip, this is the main road leading through the touristy part of Lapta on the coast.  Here you’ll find the Celebrity Hotel which has its own stretch of sandy beach and is popular among European holiday makers.  Not far from here and just at the end of the Lapta Strip is the Incirli Plaj which is the local belediye beach, it’s perfectly adequate for those who want a swim and a sunbathe without all the facilities.

Travelling further west the main road doesn’t run so close to the coastline for a while, but there are still plenty of opportunities to walk along the headland, with some small coves and rocky inlets to be found by interested ramblers and walkers.

The next main beach is the Güzelyalı beach which is just toward the end of Karşıyaka, it sits very near to the road.  Here you can laze away the day, renting a sun bed and lunching at the beach café.

Turning right at signs for Kayalar, you are then taken via the mountain road running alongside the coast, which in itself is a fantastically scenic route, to various stretches of sandy and pebbly beaches, as well as some small secluded inlets where you can hide all day and perhaps not see anyone else!  One of the best known beaches along this coastal road is Horseshoe Bay where you can wander down to the beach and lunch at the restaurant of the same name.  This is a great place to go on a lazy summer Sunday!

On continuing out along the coast and past Güzelyurt you will come to two other notable beaches, Akdeniz and Yeşilirmak, these are located on either side of Güzelyurt Bay – not much has really changed for the past few years here, and if you want to enjoy some peace and quiet then these are definitely good places to go.

Please note : Beaches which have hotel and beach club facilities will likely charge for their use, and these days it differs between beaches, but you should expect to pay around 10-15ytl for the day.  However, it’s also worth saying that no hotels or beach clubs are allowed to charge if you just want to have a swim and a sit on the sand as the beaches do not belong to them officially!

Also, unfortunately perhaps, there are no lifeguards or life rafts or sea patrols, so be sensible about how far you swim out to sea.  With regard to nude sunbathing then we have to say that it’s not really the done thing in North Cyprus!  Topless sunbathing is just about passable, but only in certain locations, however please remember that although North Cyprus is a secular country there are many that do practise their Muslim faith – so it is wise to please be mindful of this.

If you would like to find out more about beaches to the east and the south eastern tip of North Cyprus, please follow the links provide here.  You can also find out more about the various beach clubs and water sports available at some of these beaches in other related articles. 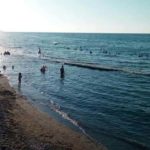 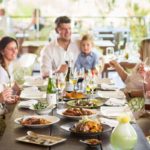