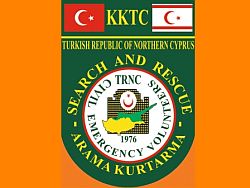 The aim of the organisation is to recruit and train individuals who are able to volunteer their time to assist in the event of an emergency, whether it is manmade or natural.  The CESV are held in reserve and used when there is a need for additional manpower to combat such occurrences as forest fires, earthquakes or floods for example.  As such they are also classed as ‘rapid response’ teams who will be on call should their expertise be required at any time.

In addition to this, they are also regularly seen at concerts, sporting events and other gatherings that involve large numbers of the general public, providing first-aid and initial pre-hospital treatment should it be required.  Members of CESV are fully trained in emergency treatment and first aid with regular courses being held to recruitment new members.

Besides the volunteers CESV also provides instruction and training for the Police and North Cyprus Ambulance Services, and is responsible for having trained emergency room staff in both private and state hospitals.

The CESV is also equipped with a fast response vehicle and ambulance whilst also being able to operate in the field having a fully equipped field hospital facility that can be called upon in the event of numerous casualties.

Terry Carter was responsible for the formation of the 112 North Cyprus Ambulance Service and worked tirelessly to bring North Cyprus into the modern era of emergency care.  Both he and his team worked closely with the National Civil Defence Organisation to ensure that, should there be a disaster of any kind, the CESV team are ready and prepared to assist if needed.  Terry has now handed over the reins to others these days whilst he enjoys some well deserved relaxation! 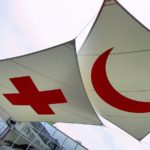