KEMA, or the Cyprus Foundation for Combating Soil Erosion, for Reforestation and the Protection of Natural Habitats, was formed by around 40 people under the leadership of Dr. Orhan Aydeniz in 2005, amidst growing concern about the deforestation and destruction of natural habitats throughout North Cyprus.

The foundation is involved with tackling sensitive issues such as inappropriate agricultural practices, confronting political decisions which they feel are detrimental to the environment, and preventing the destruction of natural resources – at all times reaffirming their belief that nature deserves a spokesperson.

Having only been in existence for a short amount of time, they are becoming well known in North Cyprus, encouraging the public to become involved in the long term future of the country, and educating them on the heritage and importance of Cyprus’ resources as well as what will unfortunately happen should things not change for the better in the near future without the help and support of everyone. 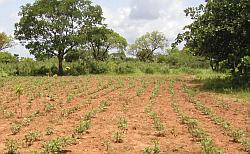 KEMA encourages the population to do their bit to help, and they also welcome contact from other organisations, and those who wish to found their own groups under the umbrella of KEMA.  You can also contact KEMA if you believe there is something happening in your area that you’re concerned may be having a negative impact on the environment. 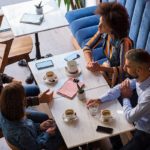