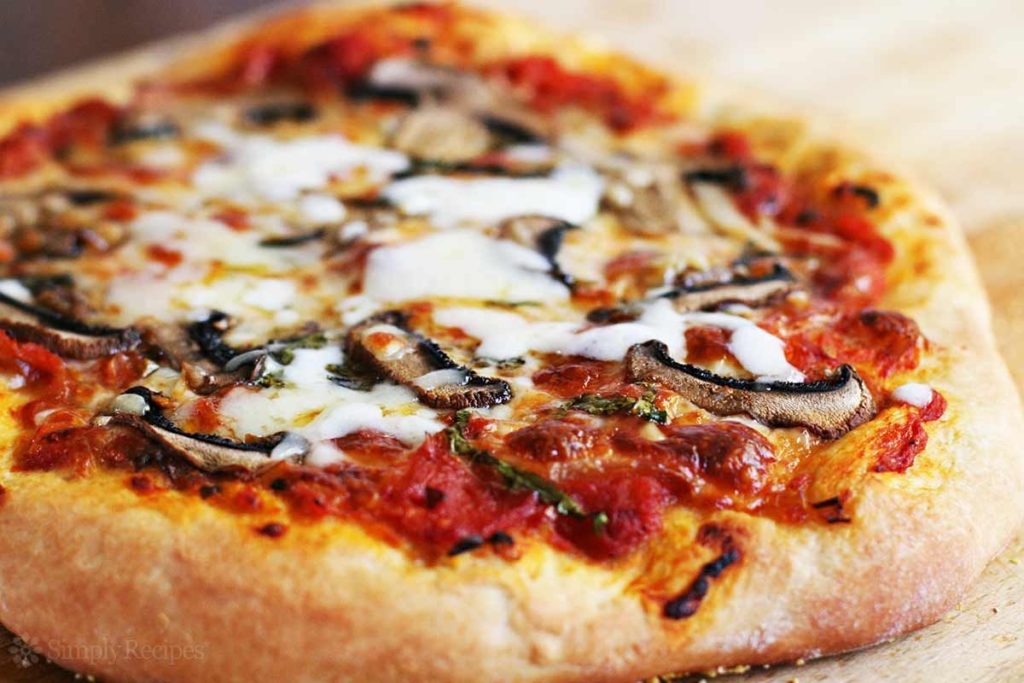 Having now eaten at this super restaurant umpteen times over the last year or so, we thought it was high time a review was written!  Mani Peni’s is a small eatery located to the east of Kyrenia town centre, on the new harbour roundabout.  Take the turning to go down to the harbour and you will see it on your right hand side, just opposite the football ground.

Mani Peni’s is ultimately a pizzeria, and a very good one with authentic pizzas (none of this factory made stuff here!) being prepared and cooked at front of house, but they also serve fantastic pasta dishes such as spaghetti Bolognese, steaks which are very tempting (try the Jack Daniels steak for something different!), a variety of salads and a good selection of starters.  You could argue that pizza is fast food in North Cyprus these days, as there are quite a few places around, but Mani Peni’s has the edge for us, as the pizzas are a little special when ingredients such as mozzarella and rocket are on the toppings list! 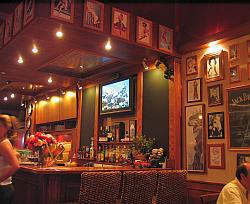 Firstly we like MP’s (as we affectionately call it!) because it has that warm vibe that some restaurants just can’t quite muster sometimes.  The seating is mainly in American booth style, so you don’t feel that you are mingling with everyone else; leading to a nicer, more intimate dining experience.  There is always music playing, which to some diners has seemed a little loud at times, but we wouldn’t say it’s intrusive.

The place has been decorated to keep you occupied throughout your evening too, with a film star fetish theme featuring walls filled with old film stills and memorabilia, and even the placemats feature film greats such as John Wayne, Marilyn Monroe, Rita Hayworth and many more.  We spend at least 10 minutes trying to name them all, which probably annoys the waiting staff when they hear ‘another 5 minutes please, we haven’t quite decided what we want yet’ for the second time!

On arrival you will always be met with a smile by Sara who is one of the owners.  She has quickly got to recognise her regulars, and it’s actually quite nice to receive a smacker on the cheek as a welcome!

Drinks are quickly served and menus provided.  We recall the initial opening of 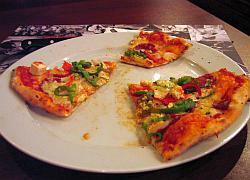 Mani Peni as the menu was fairly limited at the time, but only because the owners wanted to perfect certain things first before adding to their menu.  A very good idea and one which has worked very well for them.

Starters such as filled potato skins, Buffalo wings with various dips, shrimps, onion rings and garlic bread start at around 3.50TL, with a basic margarita pizza at 11TL and the more elaborate speciality pizzas such as The Italian Job or The New Yorker at 14TL.  Or, if you are really really hungry there is always the whopping family sized pizza starting at 29.50TL!  There are also a range of kiddies’ options too and MP’s also provide a delivery service within a certain radius and often have lunchtime takeaway and delivery promotions.  Drinks are also pretty good with soft drinks at 3TL and beers starting at 5TL.  They also do a very decent hot chocolate too!

Not that we could fit another morsel into our mouths at that point, but Mani Peni do a rather nice dessert menu, which is limited to what they have that day, but the cakes do actually taste as good as they look!  Dessert is also available at Shooters Coffee House next door, the newest addition to the growing empire of the owners!  Why not finish up your dinner and then flop gracefully into a comfy leather sofa after choosing from a wide variety of beverages and cakes?!  They have done an excellent job of again making it warm and welcoming and is quite reminiscent of the Costa Coffee 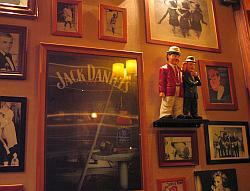 We like MP’s just because it’s unpretentious; the hosts are lovely people and are just happy to run their restaurant and cafe.  With the prices as satisfying as the food it proves a really good choice of restaurant every time we have been.  You are not hassled to eat quickly or vacate your table if they have people waiting, and they can accommodate even the pickiest of diners (no names mentioned in this article!)

Our bill for 6 starters, 6 main courses and a few beers (we can’t exactly remember the total amount!) came to 164TL, working out at about 30TL each including the tip which meant very good value for money indeed.

For more restaurant reviews as well as information on the different eating experiences to be had visit our section on eating out in North Cyprus which should provide you with some very decent food for thought! 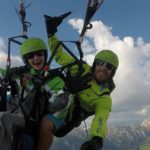