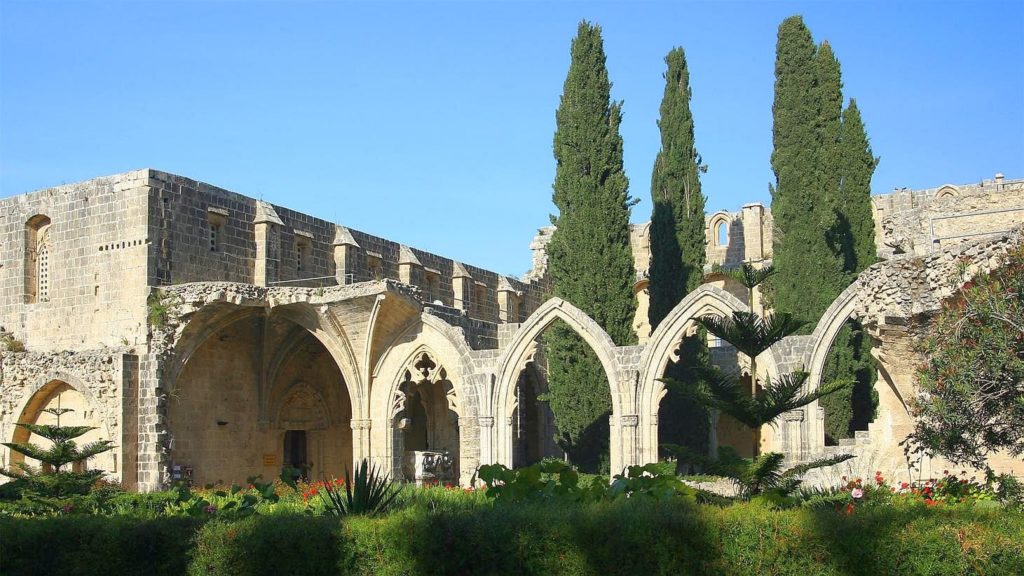 Going east from Kyrenia, there are many places to stop off and explore, some easy to find whilst some others not so easy!  The further east you travel from Kyrenia you come across many ancient and historically fascinating places that remain in good condition and make North Cyprus a beautiful place for all things ancient and historic!

Starting in Ozanköy you can see the 17th century Kazaphana Mosque, a well kept example of Ottoman architecture, with the two graves of the architect and donator to the mosque.  There is also the Panayia Tou Potmau church built around the 15th century, although sadly many of the frescoes inside have now deteriorated.

Turning in land up to Bellapais you will be able to visit the stunning Abbey, originally constructed around 1200 by the Lusignans for monks who were forced to leave Jerusalem by the Saracens.  The Abbey became an extremely influential and important place for religion until it was seized by the Genoese in 1373 when it was looted.  During other occupations of the island the Abbey was left to decline, and after the Ottomans invaded in 1570 the buildings were further desecrated, with much of the stone from the Abbey being used to build the surrounding village.  Lawrence Durrell’s book Bitter Lemons of Cyprus, which everyone should read if coming to visit North Cyprus, depicts his time spent in this area and includes descriptions of the now infamous Tree of Idleness in the village, although no one really knows which tree in Bellapais Durrell was actually describing!

Following the coastal road to the east at Çatalköy, the next most prominent historical building is the Hazreti Omer Tekke which stands directly on the coastline.  You can find this by turning left at the football stadium which stands on the main road and following the road through a property development which leads to the Tekke.  This was built during Ottoman times as a shrine to the above-named commander and six soldiers who were killed during the Arab raids in the 7th century, they were respected by both Turkish and Greek Cypriots.

By remaining on the main road rather than turning along the coast towards Esentepe you will travel up the mountain road which will take you to Buffavento Castle, here you can spend a few hours exploring this wonderful example of the Byzantine era.  There is also a monument dedicated to the crew of an Talia Airways flight which crashed on the mountain in 1988.  Carrying on along the main road you will also find the Alevkaya Forestry Station which is a great place to while away the time having a picnic in the forest and visiting the Herbarium.

Another historical site in this area is the Sourp Magar Monastery, built around 1,000 and dedicated to Saint Makarius of Alexandria, Armenians took over the monastery in the 15th century and it was used as a resting point for pilgrims travelling to and from Jerusalem.  These days it’s not in a particularly good condition with decay taking its toll, but it is still a great place to visit, but do take care when walking around as some of the structure is slightly dangerous to clamber around!

Another example of a Byzantine church and monastery is Antiphonitis, located just beneath the village of Esentepe.  A simple design built in the 12th century, there are still some surviving frescoes as well as additions from the 15th century which make it well worth a visit.

Travelling west from this area, the village of Taşkent is home to the Panayia Absinthiotissa monastery, this is a large Byzantine structure with Gothic influences from the 15th century.  Restored in the 1960s it’s still in pretty good order structurally speaking, but it is now bereft of any murals or frescoes.

Back on the coastal road and within the Acapulco Resort is the remains of Vrysin, a Neolithic site found and excavated in 1969.  Sadly now not preserved in any way, the excavation revealed several stone huts partially sunk into the earth as well as painted pottery.

Continuing along the coastal road you will see several examples of churches built around the 15th century, mostly now derelict, looted and locked.  Along the coast you can also see some good examples of buildings which would have been used for storage of such export items as carob, which have stood the test of time considering their position on the coastal headland.

Further along the coast you will see signs for the Byzantine Kantara Castle, to get to it you will again turn inland.  From here you can see for miles around – from Famagusta in the south and up to the Karpaz in the east.

That finishes our review of the places of interest to the east of Kyrenia.  There are many more that you may find along your travels, so please do let us know if you think something deserves a mention!  Please click any of the links within the article to find out more about a particular item, or visit other articles detailing places of interest in Kyrenia, to the west of Kyrenia, Lefkoşa, Famagusta and the Karpaz. 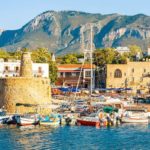