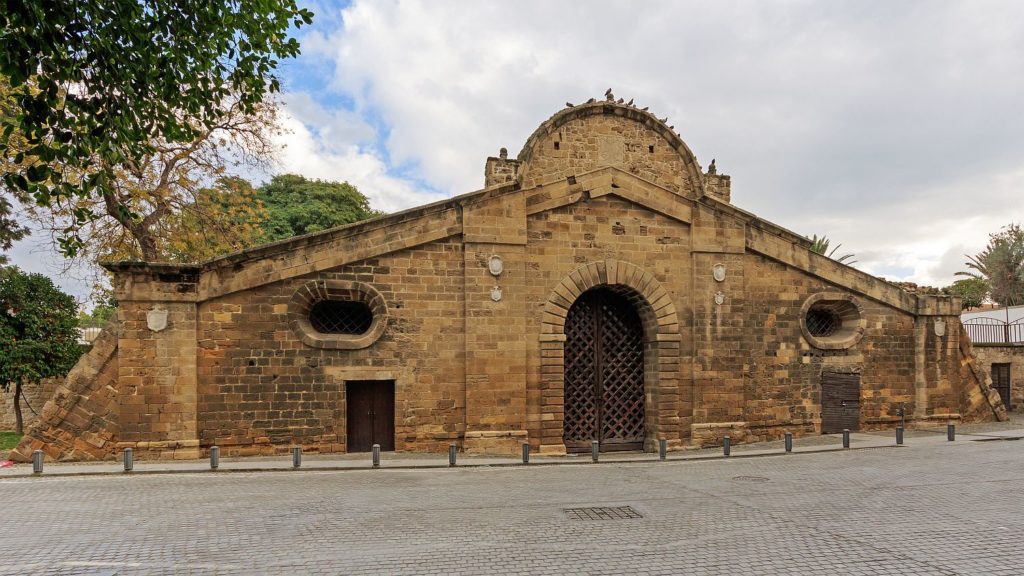 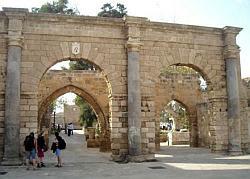 Once one of the world’s richest cities, Famagusta is an oasis of history, and you would be wise to either make a weekend of it, or visit several times to give yourself enough time to explore this wondrous and historical gem.

During the Lusignan period from 1192-1489, Famagusta became a very prosperous place with many residing academics, meaning that plenty of money flowed to this part of the world, and subsequently the homes and buildings were opulent and plentiful too.  Today you can see ruins, museums, churches, mosques, basilicas and much more.  We will list a few of the major sights and places of interests to get you going, but there is certainly more to be seen!

To start with, the inner city of Famagusta sits within the remains of the massive walls that were constructed during the Venetian times when fortification was the order of the day, and they are still around for all to see today – and in very good condition too.

A major attraction is the famous Othello’s Tower, a moated citadel from the Lusignan era which was originally built to protect the harbour and altered during the Venetian period.  You can still see a carved lion added during this time at the entrance to the citadel.  If you continue along the sea wall you will see more stone lions and the Djanboulat Bastion which has as museum attached to commemorate this Ottoman hero, and you can read more about this in our museum article along with another museum in Famagusta, the Namık Kemal Dungeon and Museum.

There are also two gates within the inner city, one known as the Land Gate or Akkule and the other the Sea Gate or Porta del Mare.  Both were originally Lusignan, but again fortified by the Venetians, and both are immense in structure.  The customs department still uses the Sea Gate so unfortunately it’s not totally accessible, but it’s still viewable from the outside nonetheless.  Nearby there are also ruins of the St Anthony Church, a 14th century building.

There are also various churches dotted around this area such as Ayia Zoni and Ayias Nikolaos, which still retain some of their frescoes and structure, although many are now dilapidated and in bad condition.  You can also see martyr monuments erected in memory of those who have given their lives during the struggles since Ottoman times.

Walking around the well preserved walls of the city you will come across no less than twelve bastions and towers, all altered and strengthened during the Venetian reign to deter and defend against an impending Ottoman attack.  The Tourist Information office, located at 5 Fevzi Cakmak Caddesi on the road leading off to the east just outside the city walls, has plenty of information for you to work your way through!

The huge St. Nicholas Cathedral, or Lala Mustafa Pasha Mosque as it is now known now that it is a functioning mosque, is a brilliant example of 14th century gothic architecture and is a testament to preservation.  The Lusignan kings were crowned here as kings of Cyprus, and even when the Ottomans took Cyprus in 1570 they did nothing to destroy this building!  There is much to discover when making a visit to this very distinguished place.  It’s also surrounded by remains such as tombstones and historical buildings such as the Sinan Pasha Mosque, the Church of St Francis and of St. Peter and Paul, the Nestorian Church (used now by the Eastern Mediterranean University), Ayia Anna, the churches of the Knights Templar and many more!

The surrounding areas of Famagusta are just as fascinating, with Salamis being a truly amazing place to visit, once the leading city of ancient Cyprus.  The archaeological remains of this place are the most important on the whole island and you must visit! Frescoes, mosaics, the remains of columns, a gymnasium, tombs, a roman theatre, basilicas, underground cistern and loads more are all to be seen here.  Close by to Salamis is the well-preserved Monastery of St. Barnabas, a founder of Christianity, which also houses an icon museum.

Further westwards are the ruins of the ancient city of Enkomi or Tuzla which date back to around the 14-15thcentury.  Originally thought be a necropolis, it was discovered by further excavations in 1934 that it was in fact a large town from the Bronze Age.  On writing we had not visited here but apparently there is not much to see above ground and there is little signage to inform visitors about what is here. Excavations to date however have unearthed several findings including a bronze statue, 21 inches in height, of a figure wearing a helmet with two large horns.  This is now housed in a museum on the south of the island.

That concludes our selection of places to see in the Famagusta area, but also why not check out our articles on Iskele and museums in that region.  There are many more places of interest that you may find along your travels, so please do let us know if you think something deserves a mention!  Please click any of the links within the article to find out more about a particular item, or visit other articles detailing places of interest in Kyrenia, to the west of Kyrenia, east of Kyrenia, Lefkoşa and the Karpaz. 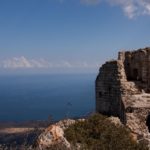